Winners of the two TRA VISIONS 2018 competitions have now been selected, following a shortlisting event which took place at the European Commission’s DG Research in Brussels, Belgium on Friday 15th February. Three winners were chosen per mode (road, rail, waterborne and multi-modal) for the Young Researcher competition and one per mode for the Senior Researcher competition.

Wish to know more about TRA Visions? Then visit the TRA Visions booth (in Foyer A just before the Congress area). The 2018 Awarded Young Researchers will be there to present their project. 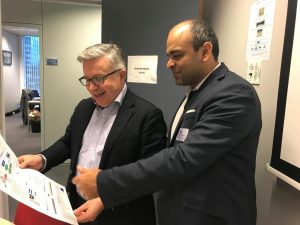